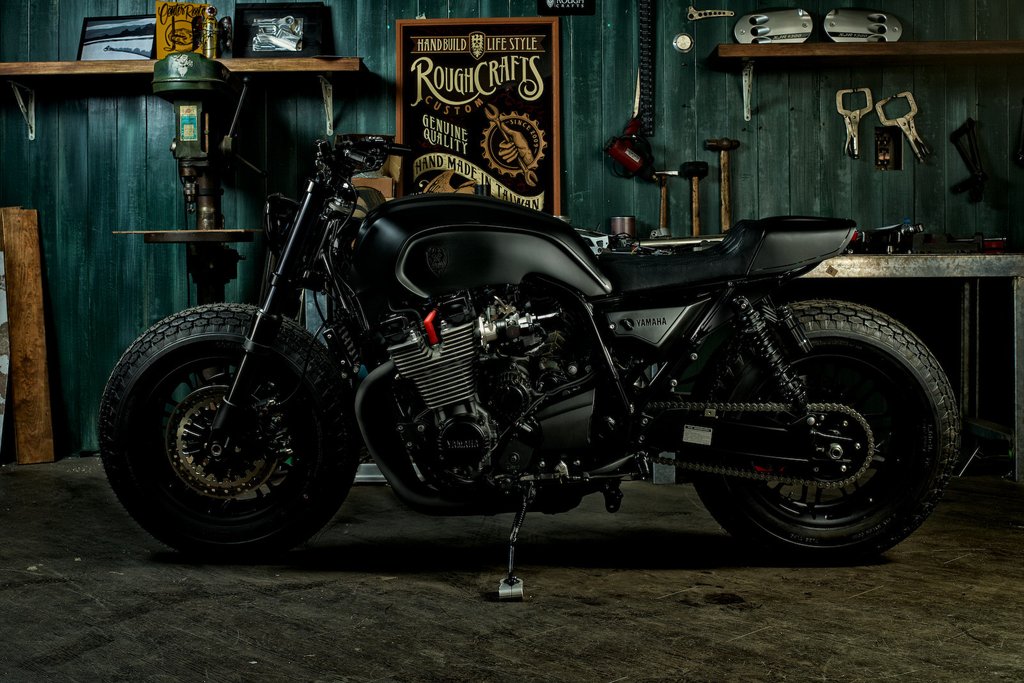 Rough Crafts by Winston Yeh is a reputable company located in the Taiwanese capital of Taipei, where motorcycle architects are busy creating some of the craziest custom two-wheelers you’ve ever come across. Over time, the pages of self-evolution were adorned with several two-wheeled works of art elevated on the premises of this company, the most recent of which was a Harley-Davidson Sportster Forty-Eight that redefines elegance.

Since it’s been a while since we’ve visited their portfolio, we’re going to do a quick scan of another masterpiece from the Rough Crafts catalog. On that note, let’s see what Yeh’s team managed to achieve on a grim Yamaha XJR1300 that was designed for the manufacturer’s Yard Built initiative.

The donor for this venture is powered by an air-cooled 1,251cc inline-four colossus, which offers a 9.7: 1 compression ratio and sixteen valves. At peak rpm, this nasty animal will deliver 97 wild ponies and 80 lb-ft (108 Nm) of crushing twist to a five-speed transmission that spins the rear wheel via a chain final drive. All that shebang translates to a respectable top speed of 140 mph (225 km / h).

Rough Crafts started by installing custom triple clamps and a pair of reused forks that were outsourced to a Yamaha VMAX, while the front brake module received a 292mm (11.5in) disc to get sufficient braking power. The original wheels were ditched in favor of Roland Sands’ BOSS Black Ops alternatives, whose rims feature beefy Coker Beck rubber.

The cosmetic spice is rounded off with a range of aftermarket accessories, such as a headlight grille, new footrests and a sleek handlebar. Last but not least, the team dubbed their reworked beast “Guerilla Four”.