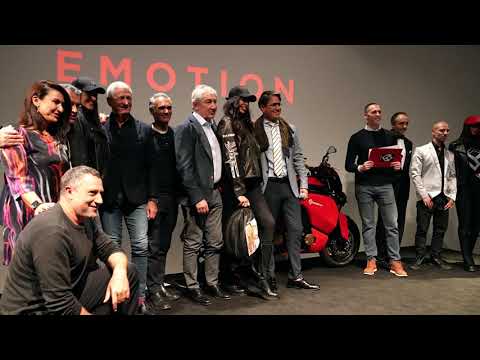 Relaunches the project created by his grandfather more than 80 years ago, with exclusive models with clutch and gearbox.

And not at all, because Marco Antonio wants to stand out at the most luxurious level of the electric motorcycle sector. A most ambitious goal with which he began his journey in 2020. “I was in Miami at a conference presenting a topic on family inheritance and business, the light bulb turned on and I asked myself, “Why not? “Now that everyone is talking about TESLA and electric brands that don’t have this family tradition like ours, I decided to do it,” he explains.

“I started to create the initial designs and pulled out a few lines that people gave me valuable feedback on.” he said. From there was born the Giaguaro, a model with a sporty and elegant design that has a peculiarity that makes it special: a double engine with gearbox and clutch. “One of the problems with electric motors is that there is no change, there is no torque and there are no emotions, it doesn’t have the traditional feel of a motorcycle. That’s what makes our bikes special, “he explains.

Melandri, your ambassadorTo embrace Soriano Motori, both in its development and in its promotion, the brand has a former MotoGP champion rider, Marco Melandri, as its ambassador. “The future is electric, I like the technology and the project. Marco antonio has a very advanced look and I like that a lot, “says the Italian about his inclusion in the project and of course he loves his motorcycles:” The torque and having an engine with a gearbox is something surprisingly, I have never seen anything like it. They are heavier, because of the batteries, but extremely easy and natural. “

Taking advantage of the fact that he has Melandri by his side, he Marco antonio be encouraged to get involved in sport with your business? “We have a circuit that we bought, I would like to sponsor racing teams and bet on the right driver to wear the brand name. And I also want to support women, because there are some who are competing and you have to try to help them as an international brand “, she replies. But first he has to consolidate a project of which his grandfather is surely already proud.