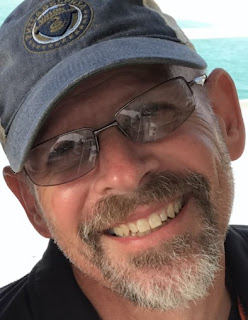 Thomas Nathan Kunkel, Jr., 53, from Orwigsburg, died on Wednesday October 6 at his home.

Tom was a 1986 graduate of Blue Mountain High School. He obtained an associate’s degree in marketing and management from the McCann School of Business and Technology.

He served in the US Air Force, as well as in the PA Air National Guard. Tom was deployed during Operation Desert Storm.

He was currently employed as Territory Manager for Praxair.

Tom was a free and accepted Freemason with Schuylkill Lodge # 138; he belonged to the Rainbow Gun Club and sat on the Zoning Commission for the Township of West Brunswick. He was a Harley Davidson enthusiast.

A Celebration of Life Memorial Service will be held on Tuesday, October 12 at 11 a.m. at the Ebling-Stabingas Funeral Home, 26 Chestnut Street, Cressona. A visit will take place from 9:30 a.m. until the time of service.

Interment will be held in private at the convenience of the family.

Donations in lieu of flowers can be made to the Captain Jason B. Jones Memorial Foundation. 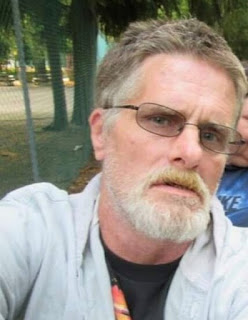 Born May 5, 1960 in Manhattan, NY, he was the son of Ellen Meister Fagell of SC and the late Charles Patterson.

He graduated from Neshaminy High School.

Todd was a train engineer.

Preceding him in death was a sister Wendy Alston.

All services will take place at the convenience of the family.

In lieu of flowers, the family would prefer that contributions be made to HL Snyder, Inc. Funeral Home, Pine Grove, 139 S. Tulpehocken St., Pine Grove, Pa. 17963 in his memory.

HL Snyder Funeral Home, Inc. is in charge of the arrangements and you can send your condolences online at www.hlsnyderfuneralhome.com.

Born in Girardville, she was the daughter of the late Adolph and Mary (Yashin) Petrousky. She graduated from the Girardville high school class in 1948. She was a member of the Church of St. Therese of Calcutta in Mahanoy City and was a life member of the Catholic Daughters of America. She worked for the old Ashland Hospital at the back-to-school office and later for the Mahanoy area school district. She and her husband also owned and operated the former Towne Cleaners in Mahanoy City. She was predeceased by her husband John in 2007.

The services will be private. The David D. Jarrett Funeral Home in the Town of Mahanoy is in charge of the arrangements. Please sign the guestbook at www.jarrettfuneralhome.com 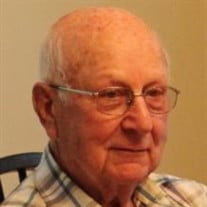 Marvin A. Leiby, a longtime resident of New Ringgold, West Penn Township, Pa., passed away peacefully on Thursday, October 7, 2021 at Seton Manor in Orwigsburg at the age of 99.

Marvin owned and operated Leiby Trucking of West Penn which he founded in the mid 1940s and managed until it was acquired by his son Lamar in the late 1980s. Marvin was an active member of the former West Penn Immanuel d’Andreas United Methodist Church and served on the cemetery committee for many years. Passionate about the outdoors, Marvin hunted, fished and enjoyed boating. Marvin, belonged to the Grundsow Lodge.

Interment will be in the West Penn Evangelical Cemetery in Andreas, PA.

Expressions of sympathy or fond memories of Marvin can be expressed by visiting www.griffithsfuneralhomes.com

She was born on Sunday September 30, 1956 in Lykens, daughter of the late Chester L Hubler, Sr. and the late Marian (Bonawitz) Hubler.

She graduated in 1974 from Williams Valley High School.

Deb was a member of the Sacramento Fire Company.

She was predeceased by her parents; by a son, Dakota E Artz; and one brother, Richard L Hubler.

She is survived by her husband Eugene E Artz, with whom she was married for 35 years.

She is also survived by three sons, Brandon D Ruch of Newtown, Travis A Ruch and his wife Jennifer of Dalmatia, and Phoenix G Artz and his wife Hannah of Hegins; five grandchildren; one brother, Chester L Hubler, Jr de Lykens; and several nieces and nephews.

Services will take place at a later date.

Memorial contributions can be made to the American Cancer Society, Pennsylvania Division, PO Box 897, Hershey, PA 17033.

Buffington-Reed Funeral Home, Valley View, is in charge of the arrangements.

Condolences can be left to the family at www.buffingtonreed.com. 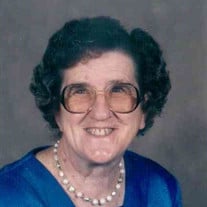 Vera i kimmel, at the age of 100, from Valley View, passed away on Thursday, October 7, 2021 at the Tremont Health and Rehabilitation Center.

Born Friday May 27, 1921 in Valley View, daughter of the late Millard S Schwalm and the late Irene M (Bixler) Schwalm.

She graduated in 1939 from the former Hegins Twp High School.

Vera was a seamstress in the region’s garment factories before her retirement.

She was a member of St. Andrew’s United Methodist Church in Valley View.

Vera enjoyed gardening, sewing, quilting, making blankets and bags for those in need, and crochet doilies, as well as spending time with family, friends and those who cared for her. .

Her husband Mark A Kimmel died in 1977. She was also predeceased by her parents; by a little girl Doris Kimmel; daughter Peggy J. Miller; and by a brother, Clair Schwalm.

Interment will be in St. Andrew’s Cemetery, Valley View.

Buffington-Reed Funeral Home, Valley View, is in charge of the arrangements.

Condolences can be left to the family at www.buffingtonreed.com. 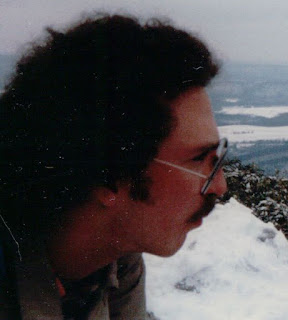 He was born in Woodbury, NJ on April 13, 1955, the son of the late Dorothy (Schweinhart) and Eugene Moore. He was raised in Minersville by his aunt and uncle, the late Blanche and Levan Atkinson.

He was the husband of Elizabeth Ann (Smith) Atkinson.

Bob graduated from the Minersville-area high school class in 1973 from Penn State University, and attended George Mason and Strayer Universities.

He was a veteran serving in the US Marine Corp.

He was employed as an electrical engineer in the Army Research Laboratory from 1983 to 2014. Bob is survived by his wife, Ann, a stepdaughter, Dana Bosmajian, a brother, William E. Moore, cousins, nieces, nephews. Visitations will be held on Monday, October 11 at Mahal-Ritzel Funeral Home Inc. in Minersville, with call hours from 7:00 a.m. to 12:00 p.m. Interment in Mount Peace Cemetery. Mahal-Ritzel Funeral Home Inc., Minersville entrusted the arrangements.

This is the coolest feature of the Harley-Davidson Road Glide