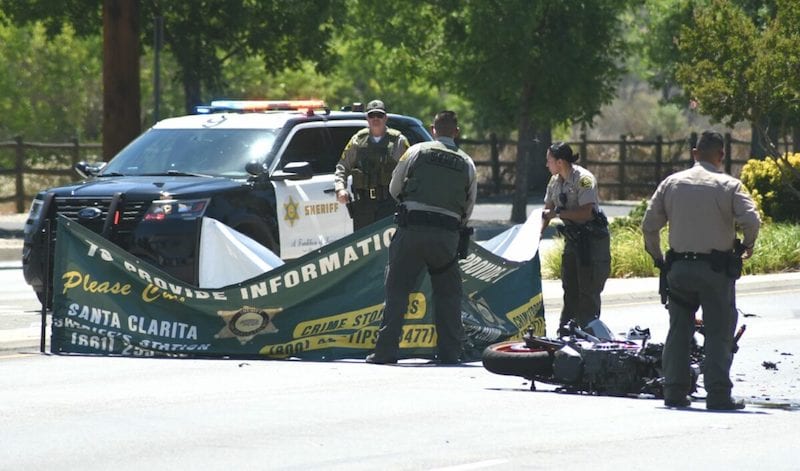 Forensic scientists from the Los Angeles County Coroner’s Office identified Caleb Romero, 20, of Canyon Country, as the man killed in a motorcycle accident on Wednesday.

The crash was reported shortly before 10:45 a.m. near the intersection of Soledad Canyon Road and Commuter Way, according to Sgt. Steve Sgrignoli of the Santa Clarita Valley Sheriff’s Station.

Romero was pronounced dead at the scene, according to the coroner’s office.

Early reports indicate that, for some unknown reason, the motorcycle crashed into the trailer attached to a City of Santa Clarita maintenance vehicle, which was said to have been stopped in lane # 3 with its lights on, as well. only an arrow lit, indicating traffic to lane 2, according to Sgt. Scott Shoemaker of SCV Sheriff’s Station Traffic Unit.

Speed ​​was potentially a factor, and it is not clear whether alcohol or drugs were a factor in the crash, pending the coroner’s report, Shoemaker said.

City of Santa Clarita officials are delaying comments until the sheriff’s report is released.

Traffic on Soledad Canyon Road has been closed in both directions in response, according to Sgrignoli.

The accident is still under investigation, Shoemaker added.