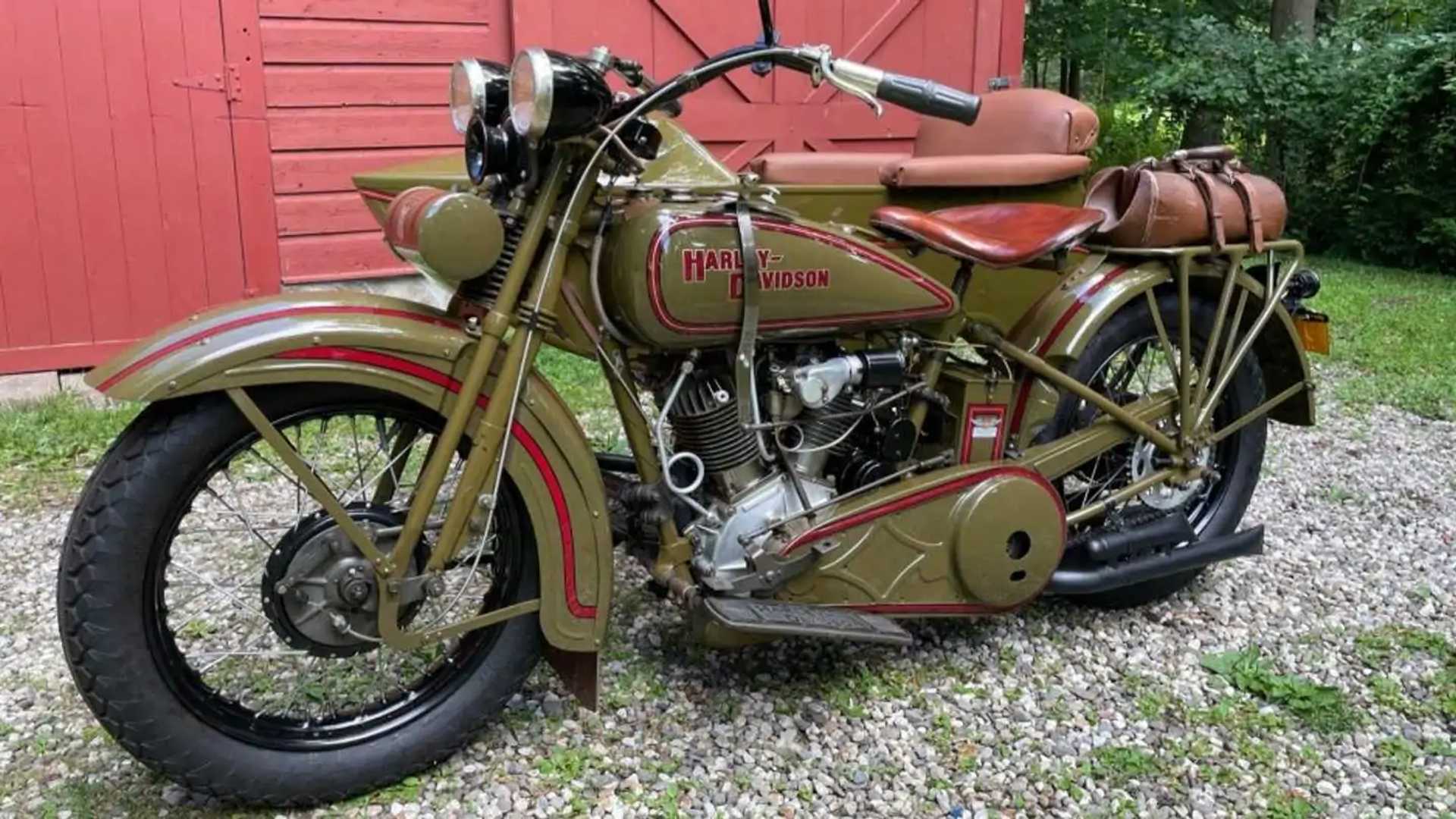 Harley’s all-new adventure touring vehicle is making headlines around the world for its technological advancement and is a testament to how far the brand has come since its inception in 1903.

Here’s one Harley in particular that’s kind of a time capsule. The owner spent ten years renovating this unit. He acquired it in the early 2000s and completed the project around 2010. The work that has gone into this Model J includes a complete repaint in green and rebuilding the motorcycle‘s engine.

Again, the owner did some work on the 989cc F-head V-twin. The bike was new, it made 9 horsepower, which was probably a marvel for the time. The bike is powered by a Schebler DeLuxe carburetor with a “Pipes O ‘Pan” exhaust system. The rebuild of the engine was carried out in 2004.

It is rare to see a bike from this vintage in such good condition. Considering that more than 10 years have passed since its restoration, the owner has kept it in very good condition.

The rest of the body is stellarly finished. The black painted 18 inch rims are wrapped in Coker tires that were fitted in the 2000s, which are quite old, but the spokes are new, having been changed in 2021. Stopping power is provided by a pair of drums at both ends of the vehicle. The damping functions are provided by a Springer front fork combined with a rigid rear frame. To prevent the rider from rolling back, the bike comes with a spring loaded seat.

Note that this is also a 1930s bike, so it has slightly different controls compared to the modern control system we have today. The Harley comes with a right twist grip throttle, twist grip spark control, and a left side mirror. The gearbox controls are located on the left with a toggle foot clutch.

The auction ends Wednesday, August 25, 2021 and currently stands at US $ 37,750. It’s not every day that you get the chance to own a piece of history. This is an original, albeit refurbished, example of a time before cruisers were actually a thing. Collect it while you can.