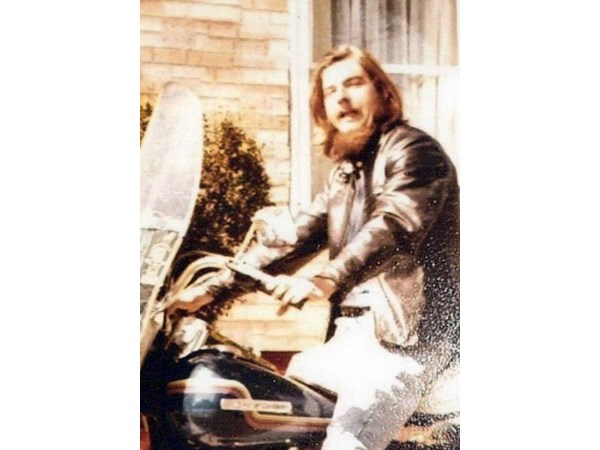 Memorial services honoring his life will be held at 12:00 PM on October 9, 2021 at Schilling Funeral Home with Reverend Dave “Toad” Baldwin officiating. After the service there will be a procession to the Resthaven Memorial Gardens. All Harleys are welcome. A visitation for family and friends will take place from 4:00 p.m. to 7:00 p.m. on Friday, October 8, 2021 at Schilling Funeral Home.

Dick was predeceased by his mother, father, aunts and uncles.

Dick was a self-taught mechanic. When Dick was 19 he worked at JCPenney’s Auto where he was known as “Dino Dick”. Additionally, at the age of 19, “Hands” was one of the first five founding members of the Pranksters, of which he was a member for 48 years. Dick’s passion was Harley-Davidson motorcycles; he liked noisy people. He liked to return motorcycles to their original or, as he would say, “old school” condition. He worked for VD for Charleston Custom Cycle where he built two engines per week. In the 1980s, Dick opened his own store, Hog Heaven in Mattoon. Dick then worked for RR Donnelley as a press man for 26 years. In 2005, Dick also opened and owned Hands and Company Motorcycles.

“You know, if God had made something better than a Harley-Davidson, he would have kept it to himself. So, you know, ‘Hands’ is on the ride of his life.” As Dick would say, “my wife Sherri thinks God needs her car fixed.” Dick had a big heart, he loved others and he will be sadly missed.

Memorial gifts in his honor can be given to the family. Online condolences can be expressed at www.schillingfuneralhome.net or the Schilling Funeral Home Facebook page.