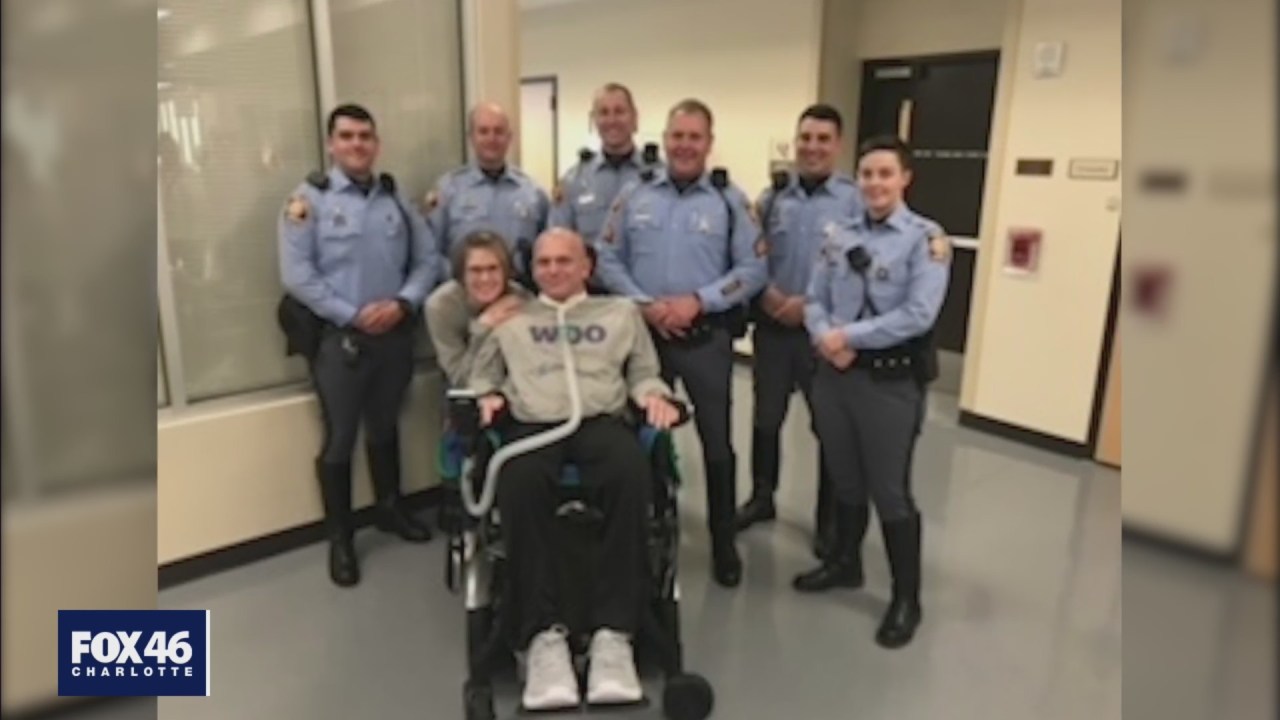 CRAMERTON, NC (FOX 46 CHARLOTTE) – A North Carolina Highway Patrol soldier paralyzed in a motorcycle accident while chasing a suspect is set to return home after more than two years of physical rehabilitation.

Stay on top of the latest news and weather with the FOX8 mobile app.

Wooten and his wife, Sharon, celebrated a milestone on November 1.

He turned 55 and retired from the North Carolina Highway Patrol, but it wasn’t as he planned.

Nothing has been done since that day in July 2019.

“If he had just stayed and stopped and just accepted his ticket, that’s all it would have been.” It could have changed my life and hers, ”Wooten said.

But Dontay Kilgo did not stop. He led Private Wooten, who was on his patrol motorcycle, in a chase, causing an accident that could have killed the soldier.

But Wooten wouldn’t give up. This accident paralyzed him from neck to toe. He spent months at a specialized spinal cord injury rehabilitation center, The Shepherd Center, in Atlanta.

“I’m grateful to be here, and I’m grateful, you know I’m able to think for myself and as bad as my humor was before, I still have this, and I think my family l ‘appreciate. ” said Wooten.

He became an ordained minister just so he could officiate the wedding ceremony of his daughter and son-in-law.

Now he is ready to return to his newly renovated home in Cramerton and his two dogs just two days before Thanksgiving.

“I’m so grateful to have him here and to be able to spend every day with him,” said Sharon Wooten.

The Wootens will soon be celebrating 31 years of marriage.

Life is not always as they planned, but they are grateful for every second together.