Royal Enfield has announced a new initiative called â€œService Care 24â€ with the slogan â€œNo one knows your ride like usâ€. As a courtesy, the retro motorcycle maker says the first service is free and not tied to purchasing Royal Enfield’s Service Care 24 package depending on the brand.

RE further stated that it can only be claimed after verifying the eligibility of the motorcycle’s chassis number. The Royal Enfield Service Care package includes four general services and two engine oil changes priced at Rs. 2,499 (including all taxes). If additional repairs are required, 5 percent on parts and lubricants as well as 20 percent on labor cost can be saved.

To benefit from the service, customers can register online. Royal Enfield noted that it is essential to be serviced by experts because “we (RE) always know that little extra that he needs”. You can come to the service center and resolve any issues, as Royal Enfield will give “your vehicle the attention and care it deserves”. 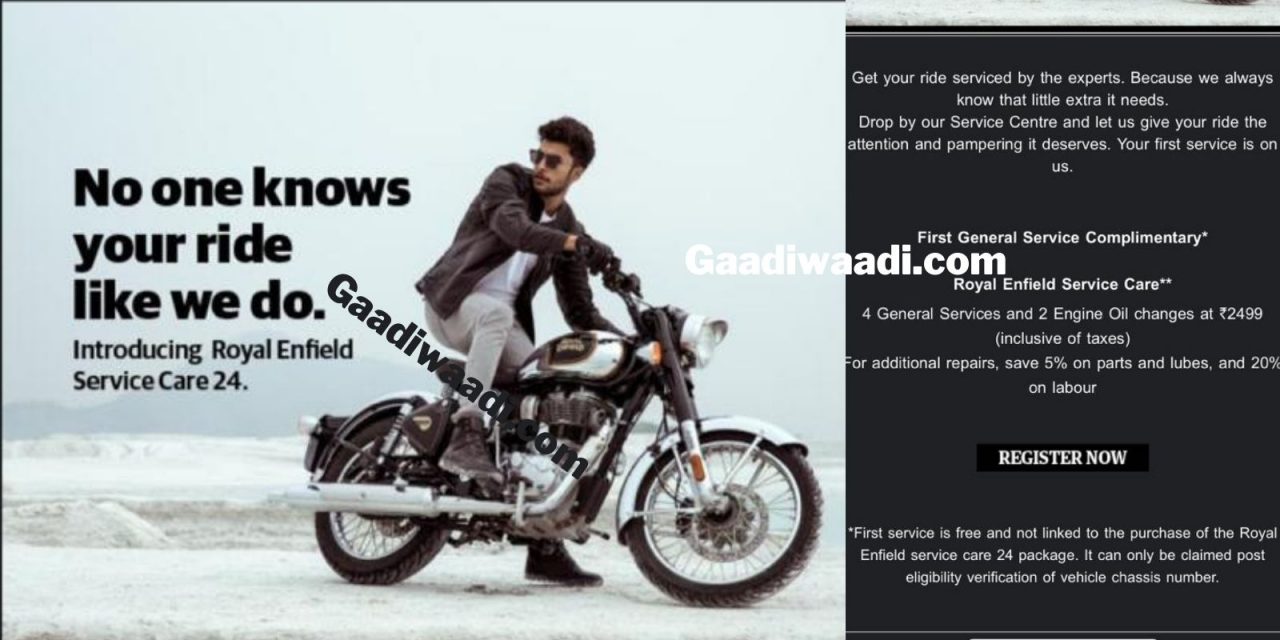 With the auto industry on the road to normalcy, at least for now, manufacturers are offering various solutions for the easy purchase of vehicles with attractive financial programs and offers in addition to maintaining existing ones. In addition, the second half of this year will see a multitude of new model launches and RE is expected to play a key role.

The Chennai-based builder is expected to launch the new generation Classic 350 next month and it will more likely be followed by a cruiser based on the 650cc platform. Royal Enfield CEO Vinod Dasari confirmed in a recent interview that the brand will see the most new launches in a year as a new motorcycle is expected every quarter.

The company is also working on a roadster based on the J platform and new 650cc platform motorcycles have also been tested. The next-generation Classic 350 is based on the same architecture as the Meteor 350 and will be powered by a revised 349cc OHC engine.