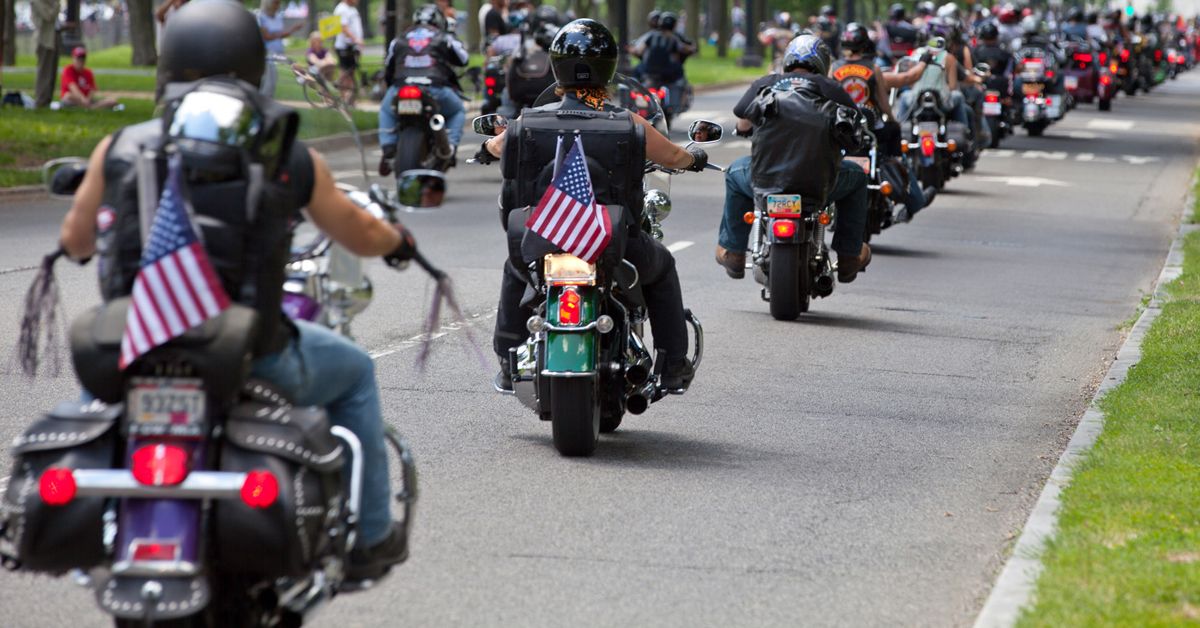 Motorcycle clubs are among the most notorious subcultures of the automotive industry. Among all the people who buy motorcycles, there are some who embrace the MC life with their lifelong brothers. These clubs and their rebellious nature can epitomize what it means to be wild and free these days. There are even movies and TV shows based on them. But don’t think for a second that being part of a Motorcycle Club is all sun and rainbow. No matter how many times you’ve watched Sons of Anarchy, that won’t be enough to become a Motorcycle Club aficionado. These members have worked hard to join such clubs. Ironically, members must strictly follow a code of conduct or else they risk penalties or possibly even expulsion.

Whether you are pro-Moto Clubs or against them, you cannot deny the presence and notoriety they display when they are on the road. We all know that they do not hesitate to engage in acts of violence or criminal activity from time to time. But did you know that there are certain rules or protocols that these members must follow? Some of them are very specific, like some sort of hazing ritual, or even bizarre, like driving a certain number of miles each year. Here are 10 of those things motorcycle clubs are still trying to hide.

9 They have a somewhat orthodox chain of command

When we say that they are brothers, it does not mean that they all have the same power over each other. There is a strict hierarchy from the president, the vice-president, the road controller, from members to prospects.

The founding members and the president have the most power and they decide on the whole club. Prospects or junior members aren’t supposed to question their decisions. Some might even see this as parallel to the military, although the cause is totally different for the two.

8 They are sometimes still considered a threat from the police.

Today, one would think that the relationship between law enforcement and outlawed MCs is not as bad as it was at the dawn of the 21st century. While this is true to some extent, there are still issues between the two counterparts from time to time.

Most motorcycle clubs claim that they obey the law and that none of their activities are illegal. Maybe that’s true, maybe not, they often engage in hooliganism or vandalism and law enforcement officials and Law Enforcement Motorcycle Clubs still don’t like these clubs.

One thing is certain, they take the “For Life” part of the motto “Brothers for Life” very seriously. Getting into a big club like Pagan’s is hard enough. There are many rituals that you have to face that will break any adult man. But if you charge him up, you prove your loyalty and worth.

So when all of that is done, leaving the club for no serious reason will rub them the wrong way. Only those who have provided impeccable service for many years can leave the club with respect. Otherwise, prepare to receive cold shoulders for the rest of your life.

6 They can become territorial

It’s not something that motorcycle clubs will never tell people, but you may notice that we rarely see more than one active club in the same area. When confronted they might say it is out of respect for other clubs which is true in some cases.

But most of the time that’s because they’re extremely territorial and being serious when another club starts pecking their noses in their area. Inevitably, such confrontations tend to end in deadly violence that results in many casualties or property damage.

Related: 10 Things Outlaw Motorcycle Clubs Don’t Want You To Know (5 Things They Are Proud Of)

5 Members must cycle a certain number of kilometers each year

Here is the motorcycle aspect of their motorcycle club. We all know they treat their motorcycles, which are often Harley-Davidson’s and riding gear, with respect. But in some clubs it is compulsory to cover a certain number of kilometers each year.

Being active is an important part of their lifestyle and members cannot take a break or go on vacation for a few months when they feel like it. If members fail to meet the target distance during the year, they may face penalties in the form of fines or even be demoted or expelled.

According to the BBC, motorcycle clubs don’t just expect loyalty, they demand it. Once you become a member, you must consider each decision as to how it will affect your club. Police and motorcycle clubs disagree, so members should be prepared for law enforcement to view them with prejudice.

This is where the blind nature of member loyalty comes in. Members should take their club’s side whenever there is a conflict between them and another club or government officials.

Related: 10 Most Badass Motorcycle Clubs And Their Most Important Rules

With the empowerment of women on the rise right now, we are seeing more and more women in all kinds of professions, but unfortunately motorcycle clubs are not one of them. At the time, the scene was so bad that female associates were considered the “property” of their clubs.

They were to be freely used in illegal activities such as drug trafficking or meeting their sexual needs. Only the wives or long-time partners of the members were the exception. They can wear the jacket, but it says “Property of” of the respective club rather than “Member of”.

Think of them as brotherhoods in that way. Each new prospect has to go through several hazing rituals over a period of time to gain the respect of his colleagues and obtain his “rite of passage”. It is still true today.

Rituals can range from drinking and fainting to old-fashioned bangs or shoved matches. It’s different from club to club, but none of them are for the faint-hearted or the nervous. Not all rookies succeed, and hence it is said that entering and becoming a member of a club is not an easy task in and of itself.

By now you must have a pretty good idea of ​​how motorcycle clubs prefer smaller but more loyal members. But the police at Strike Force Metter were able to convince two patched up bikers to turn into informants about a brawl at Sydney Airport in 2009. In this incident, an associate of Hells Angel was beaten and died. Based on the evidence, a Comanchero leader was convicted and other motorcyclists were convicted of less serious charges.

“That bond of loyalty has all but disappeared,” said NSW Police Detective Superintendent Arthur Katsogiannis. It is now damaged and broken. It might have been a matter of fellowship in the 1960s, but the trust and loyalty among Club members has never been the same since.

Some people look great on a bicycle, these TV actors are no exception.


Computer engineering graduate, car enthusiast for a long time. Loves all types of cars but has a special place in her heart for Japanese and Italian two-seater sports cars.