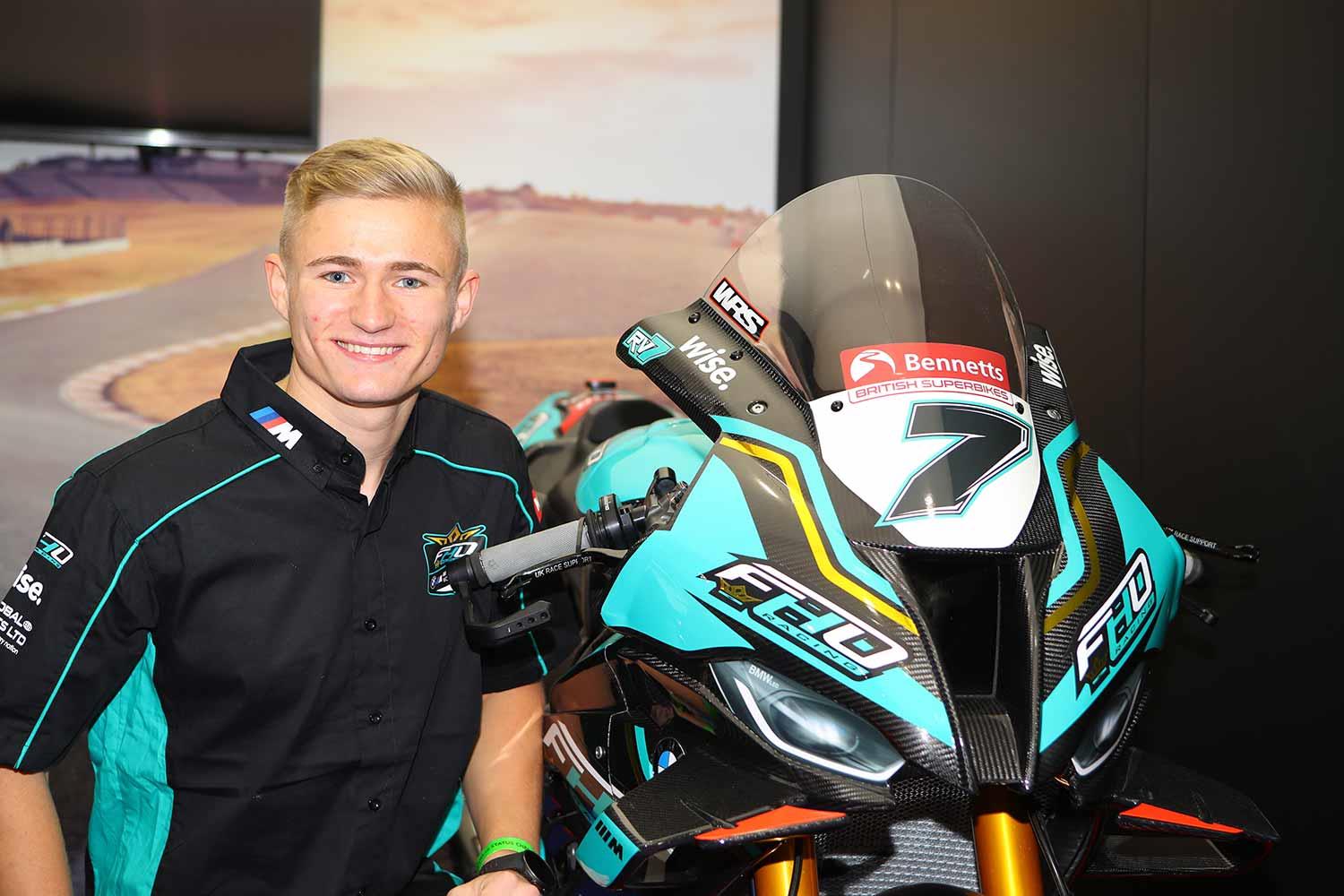 Vickers is making the trip after spending the past three years with Lee Hardy’s RAF Regular & Reserve Kawasaki team. The 22-year-old made the jump to the Superbike category in 2019 after being crowned National Superstock 600 champion.

It has been a top-to-bottom journey since joining BSB, with multiple injuries disrupting his progress. However, Vickers had his most consistent season yet this year, finishing 12th overall with a best fourth (x2) result at Thruxton, where he was chasing a podium spot. He also completed the fastest lap of Cadwell Park in August. Overall, Vickers has finished in the top six on six occasions.

“I am extremely excited and grateful to have the opportunity to ride with FHO Racing BMW,” said Vickers. “During the 2021 Championship it was clear to see Faye’s dedication and commitment to the team and I can’t wait to join them for next season.

“Hicky has had an incredible season with FHO Racing this year and it will be a privilege to work alongside him in such a professional environment. Not only am I here to learn, but I’m also here to win and I feel like it is. my chance to move forward.

“I learned so much during my short stint in BSB and think this opportunity has come at the perfect time to take that next step. The BMW M 1000 RR is a proven championship winner so I can’t wait for it. Testing it for the first time. I am now delighted to start working with the team to prepare for the 2022 championship. “

Vickers will compete alongside Peter Hickman, who stepped down with Faye Ho’s side in the 2021 season finale at Brands Hatch. In the team’s very first BSB, Hickman scored two wins and five podiums aboard the new BMW M1000 RR.

Vickers succeeds Joe Francis, who replaced Xavi Fores for the final two rounds of the 2021 season at Donington and Brands Hatch.

“I am really happy to welcome Ryan to the squad for next season, he is one of the youngest riders on the BSB grid but already has three full seasons of Superbike under his belt and I think with the good environment, he can become a regular contender for the podium, “said Faye Ho.

“I like being able to give the drivers the opportunity to prove themselves and I think this season he has shown his potential on several occasions, but he has also been a bit unlucky not to have obtained that first podium in his career.

“As a team we now have a season of experience with the new BMW M1000 RR and that, combined with Peter’s knowledge and Ryan’s new contributions, should be a fantastic mix.”

Pre-season testing for the 2022 season begins at the local Vickers circuit, Snetterton, March 25-27.