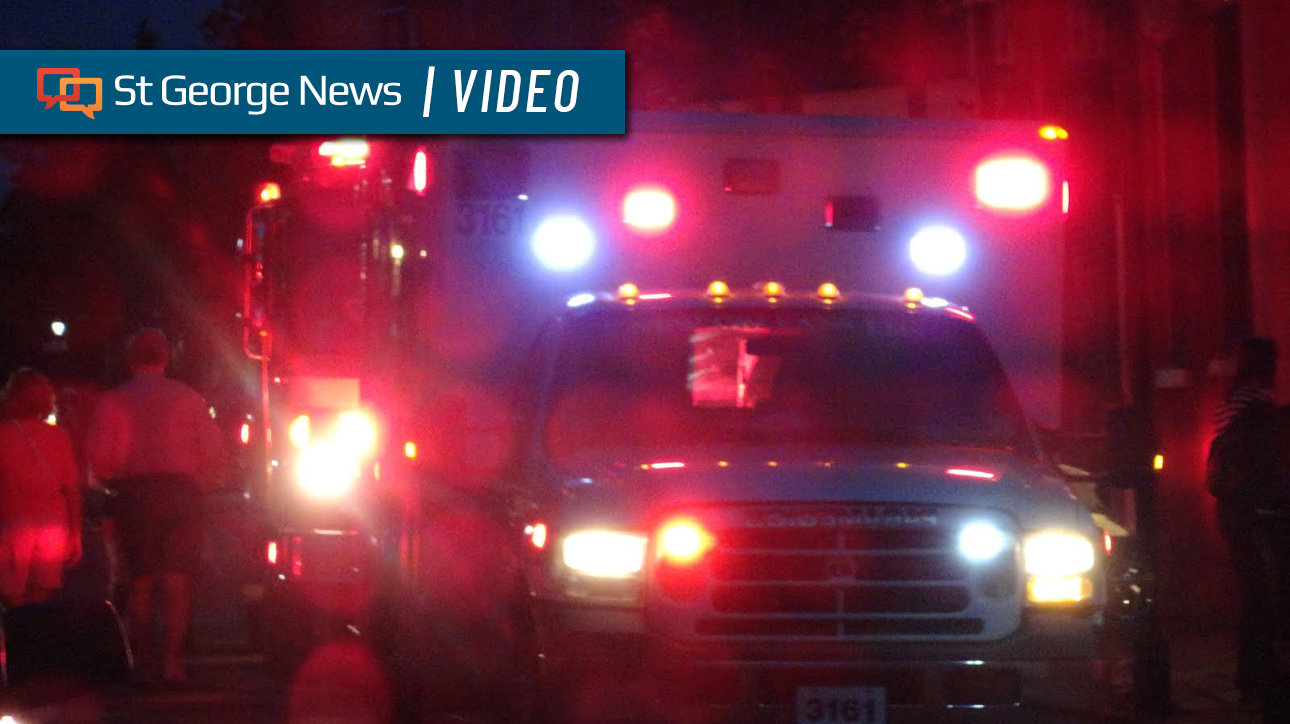 ST. GEORGE – A biker was seriously injured Tuesday night following a collision with an SUV on Riverside Drive in St. George. After the accident, a so-called Good Samaritan who stopped to help had a heart attack and was also taken to hospital.

The SUV collided with a westbound motorcycle passing directly through the intersection on Riverside Drive.

Mitchell told St. George News that witness statements indicated that the traffic light on the Riverside Drive portion of the intersection was yellow at the time.

The collision resulted in the ejection of the biker, an 18-year-old woman. She received a serious injury to one of her legs that required a police officer to apply a tourniquet to slow blood loss while waiting for the ambulance to arrive, Mitchell said. She added that the rider was wearing a helmet at the time of the crash.

In addition to the runner’s injuries, a man who stopped to rescue the woman suffered a heart attack and collapsed at the scene. Officers performed CPR on the man, who appeared to have no pulse for at least a minute before officers could resuscitate him, Mitchell said.

The biker and the Good Samaritan were taken to St. George’s Regional Hospital by the Gold Cross ambulance.

The driver of the SUV was cited for not yielding at an intersection, Mitchell said.

This report is based on information provided by law enforcement and may not contain all of the conclusions.

Mori Kessler is a senior reporter for St. George News, having previously contributed as acting writer and editor in 2011-12, and associate editor from 2012 to mid-2014. He started writing news as a freelance writer in 2009 for Today in Dixie and joined the St. George News editorial staff in mid-2010. He enjoys photography and won a Society of Professional Journalists photojournalism award for a 2018 photo of a bee inspector removing wild bees from a house in the city of Washington. He’s also a shameless nerd and has a poor sense of direction.